How are you doing mentally? What are the goods and bads of your career and Business?

When I asked Mekayle this question, she laughed and clenched her teeth, really thinking. She said on a scale of one to ten; she was a seven because of how everything is picking up, and it is hard to balance. Overall she is not doing wrong but trying to balance and navigate everything she is doing. 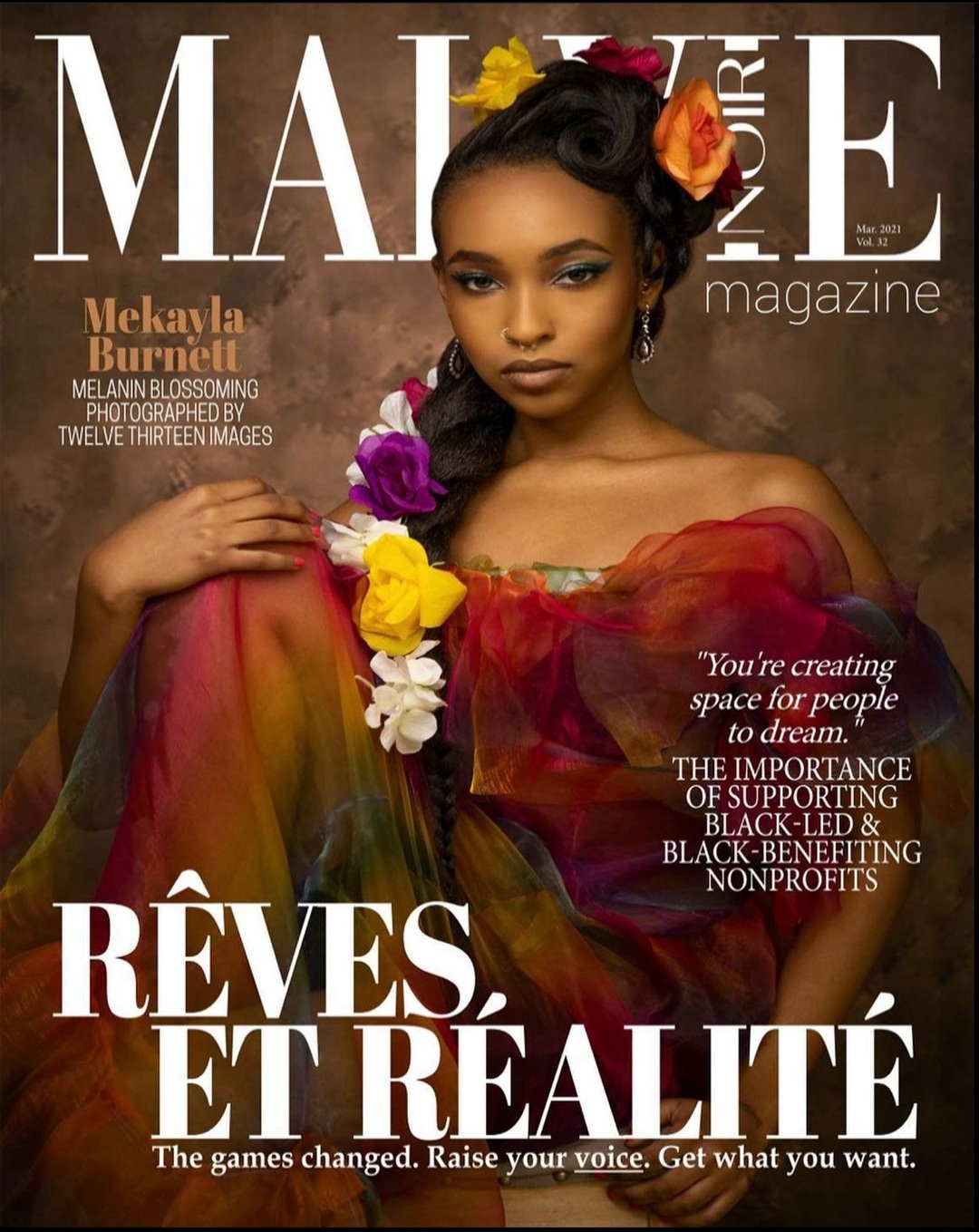 How did you become an influencer?

“I have always wanted to become one; I just didn’t know how to.” One day a lady told her to join What’s App Group and was told as a requirement she needed at least 5,000 followers to be accepted as an influencer, in addition to a waiting period of three to five days to get accepted. At that time, she only had about 2,000 followers but still applied, not caring, and got accepted in a matter of a day. This app-connected her to brands that would post what they wanted, and she would just have to apply. After working on the app, she gained more followers in just three months and was getting DM’s from high-end brands who typically asked to work with Influencers with more followers. What was happening for Miss Mekayla was considered taboo between other Influencers because of how it happened and is continuing to happen.  She made sure I understood how immensely blessed she is to have these opportunities and is thankful for everything that has come to her and all who have helped her get to where she is and continues to help her. She then added how nothing has been fair, for she sent the same link to her friends with more followers, and they got denied. This just shows how if you want something but don’t meet a requirement, you should still go for it and apply. Next, I asked her if she does have to buy products and tag the brand, and she responded with not at all and that the brand should only be paying you to be an influencer because they are interested in you and that you don’t have to spend all that money unless you want to. I was a bit curious about how WhatsApp works and asked. She responded with how brands will post what they want, specific poses, and preferences in who they are looking for. You then apply by sending a picture of yourself giving your rate card, which is her base rate of what she wants to be paid, and send in her media kit, which is pretty much like a resume but for Influencing. Finally, she added how sometimes brands would have a set rate, and you can either choose to work with them or not.

Do you have any plans, a new business want(s)? What are your thoughts on the Pandemic?

She has many future goals but doesn’t plan on pursuing them right now; the main goal right now for her is learning how to balance her life right now. Because of Covid, she’s been given all these opportunities and is thankful for them and hates the pandemic for the sickness it has brought. All of her family got sick during the pandemic, and she continues to see her friends and others get sick from it. It has been a hardship for everyone but also a blessing to many at the same time.

Finally, is there anything, tip wise that you would want to tell college students? Either if they are interested in starting modeling, making a self-owned business, staying in school, or just about life?

“In life, if you think about it a lot, it’s probably what you are supposed to be doing.”  Modeling is not easy, and it is hard. For college students, she said, don’t drop out unless you feel it’s necessary, not because it’s hard; college is a luxury.  And lastly, she said, “never talk down on someone else career, ever, ever at all, you will look stupid in the end.” She said the last particular one due to an experience she had with a person who talked down on her career, not realizing how good it was going for her and not knowing how well it would and may continue to hit off.

How was being on a show as a model on HBO? And how does it feel to be in and on Magazines?

In this section, she became glowy and super excited to say how it was fun to watch. Being there was incredible,  especially since it was her first production set and was on HBO, which is enormous. The show was with florists competing, and she was the model for a floral business. The business involved flowers; as you know, bees love flowers, and her job was to stand in a large glass display box, surrounded by the florist group design. She had to be in the box that was roughly 105 degrees because the outside weather was 91, and the sun was beaming in on her. Bees were flying all over, and on her, it was a bit stressful, especially since she was severely allergic to bees. Because she went onto the show, she asked the doctor for an EpiPen, and the Dr. refused,  so she told the director to be mindful. Also, she discussed how she was in the box for more than three hours, and how the tv doesn’t show that it only showed her for about three minutes on tv, and how she shot for two days. But overall, it was enjoyable outside of the box inside of the box freaking out, so many things were going through her mind. The staff was great, and everyone was kind to her. The team she was on didn’t get picked, which made her a little sad. Mekayla then explained why she didn’t take it too personally because she wasn’t a contestant; she was only a contestant model, not as much as an emotional attachment. About that, but she still has a relationship with the team. Whereas the team she was on loved flowers, that is their life, their business.  As for her being in magazines, she said it was weird and unique seeing herself on them. She has a few publications and recently got put on a huge magazine where she didn’t even know they would be picked for the front page; she believed the other mode would be. It was very random, super exciting, and she can’t wait to see it in person and still can’t believe it.

Overall I learned a lot from this interview and was extremely excited that I could get the inside scoop on topics I am curious about and believe other college students may be curious to know as well. Besides, I love seeing more of the positive side of the pandemic than hearing all the bad. I believe everyone needs a little positivity during this time, and I hope I could give you guys some with the help of my friend Mekayla Burnett and her story. Lastly, I hope that this shows that age, height, ethnicity, and all of the above do not matter, and if you want to do something honestly, you can achieve it, and sometimes, in the times, you least expect it to happen. 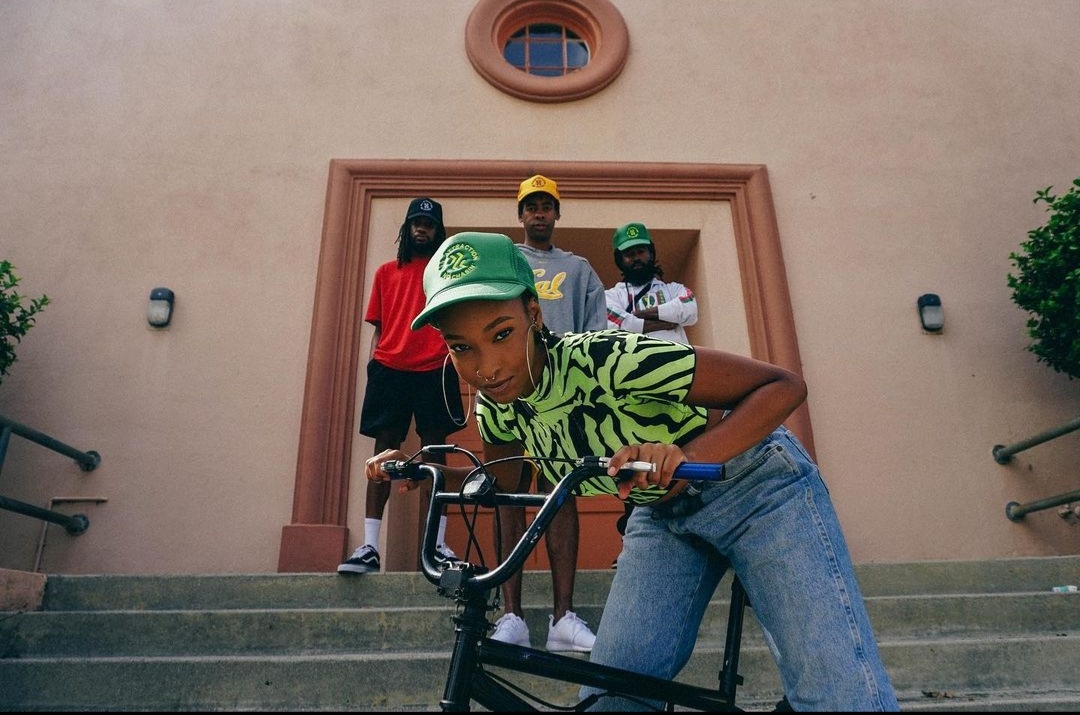 Previous PostSurvey: Nearly 1 In 4 Students Had No Impact To Their Social Life During CovidNext PostInfluencer Interview: From Meeting Your Favorite Celeb to Becoming One

Britany Woods is 21 years old and has been attending VVC for three years. She will be receiving a degree in Communications and Arts and Humanities. She wants to transfer later and either become a Speech Pathologist or a Sign Language Interpreter.

Why You Should Feel Safe at Victor Valley College

Many current and former foster students do not get the support they need to succeed in college. Studies have shown that only two to nine percent of former foster youth go on to complete a bachelor’s degree, compared to 34.9 percent of the general adult population earning bachelor degrees or higher.

Any cookies that may not be particularly necessary for the website to function and is used specifically to collect user personal data via analytics, ads, other embedded contents are termed as non-necessary cookies. It is mandatory to procure user consent prior to running these cookies on your website.